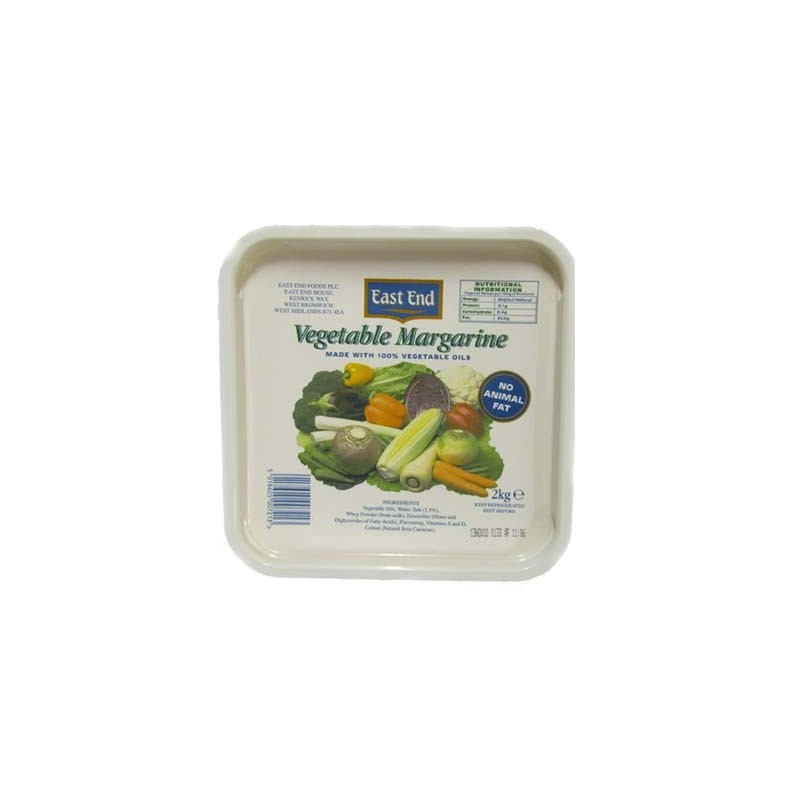 Our vegetable margarine contains no animal fat and commands a large market share amongst the independents' retail market. It is a healthier option than butter, being low in saturates and high in polyunsaturates. Our margarine is free from animal fat so considerably reduces the occurrence of cholesterol related diseases.

Margarine  is an imitation butter spread used for spreading, baking, and cooking. Hippolyte Mège-Mouriès created it in France, in 1869. He was responding to a challenge by Emperor Napoleon  to create a butter substitute for the armed forces and lower classes. It was later named margarine.

Whereas butter is made from the butterfat of milk, modern margarine is made mainly of refined vegetable oil and water, and may also contain milk.